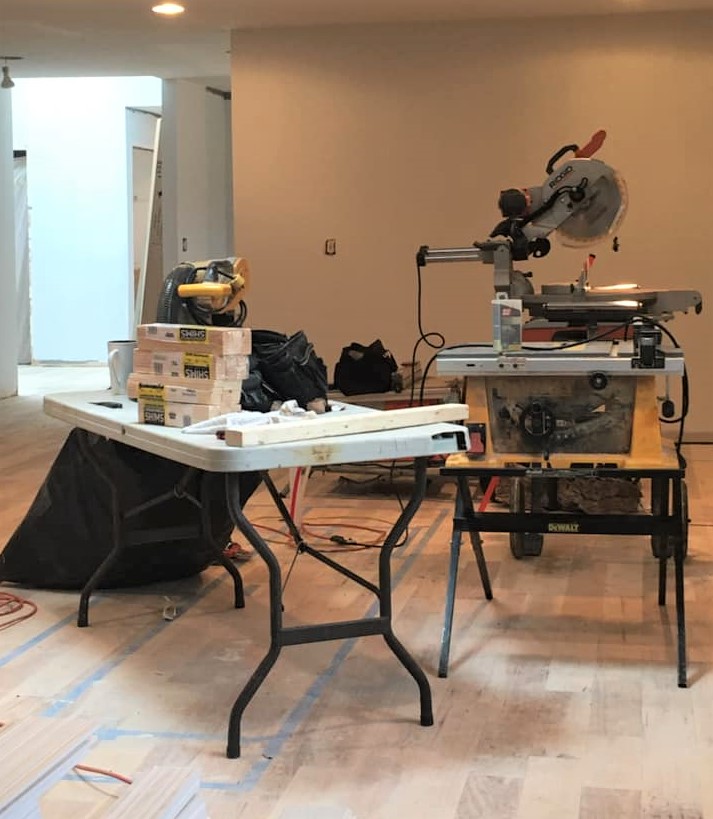 The General Contractor’s (GM) job is to provide the management and day-to-day oversight of a remodeling job. They provide the materials, labor needed, equipment and even make design decisions for the jobs they are contracted to oversee.  Once they step on the job site, they own the work and they are responsible for the sub-contractors and the quality of workmanship.

Most times, the General Contractor is working directly with the home owner on the desired needs and wants of a project.  Since most homeowners are not familiar with the remodeling process, they rely on the GM to make decisions and to ensure the job runs smooth and is completed on time – and nets the desired outcome. So, this leaves the GM with a lot of responsibility and power over the project.  A homeowner might tell the GM that they want ‘white’ kitchen cabinets with ‘white’ counters and they will work together to choose the right style – usually very simple and straight forward.

But then you add an Interior Designer to the mix, and it can be like Oil and Water.  It’s not that General Contractors don’t like Interior Designers or vis versa – it’s just that they can have very conflicting styles and processes.

I have found that GMs focus on the task at hand – one step at a time.  And they worry about the functionality and the ‘behind the scenes’ stuff to ensure everything works properly.  They know what needs to happen next and know what sub-contractors they need at what times throughout the project. 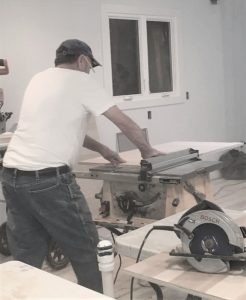 Then you have the Interior Designer who rushes in flailing paint and wallpaper around like the world is going to end unless all walls have color!!   The Interior Designer is disrupting the GM’s well-oiled system of installing and finishing.  Why?  It’s because the designer suddenly adds another layer of ‘stuff’ to the normal ‘stuff’ that the GM understands and knows like the back of his hand.

Instead of just installing those white kitchen cabinets perfectly level and without error, he has now been asked (after the cabinets have been meticulously installed) to cut out a ‘special’ niche where there is going to be ‘special’ artisan piece of glass installed – once it arrives from France.  So, you see, it’s not that the GM isn’t appreciative of the Interior Designer or her unique expertise, it’s just that she’s slowing him down and turning his world upside down.

Then, there is the painting contractor who just wants to do his job and get the paint up on the wall.  Seems straight forward, right?  Well, not when there is an Interior Designer around.  Designers like to do things out of the box – because they are designers.

So, now the painting contractor finds himself being asked to mix colors or add a part of copper shimmer paint so that the wall ends up with a “special hue”.  The painter just wants to get a color up on the wall, but now finds himself standing and waiting while the designer is doing a science experiment with different colors.  She apologizes but insists that the color will be “Fantastic” once she figures it out.  So, he waits.

Now on a usual normal job site you have the GM cutting out niches that he wasn’t planning on and the painter standing and waiting until the right color mix is achieved, but the work continues.  The painter finally gets to resume putting paint on the walls; the GM resumes installing cabinets and trim and everyone is happy – or are they?

They were until the designer walks into the room where the painter is happily painting and listening to his music through his earbuds.  He has been painting away getting that ‘special’ color on all the walls, just like the designer wanted.  But, after seeing all the walls painted, she decides that it would look “Fantastic” if one wall was wallpapered.  Not only did the painter paint a wall that was not needed, he now needs to put a special primer on it because the wallpaper the designer chose is coming from Indonesia and requires special prep.

The relationship between an Interior Designer and a General Contractor is a bit volatile, but it is a necessary one.

Our interior design studio is based in Cincinnati, OH and we serve the surrounding area for full service interior design. For virtual design we work with clients from coast to coast.

This website uses cookies to improve your experience while you navigate through the website. Out of these cookies, the cookies that are categorized as necessary are stored on your browser as they are essential for the working of basic functionalities of the website. We also use third-party cookies that help us analyze and understand how you use this website. These cookies will be stored in your browser only with your consent. You also have the option to opt-out of these cookies. But opting out of some of these cookies may have an effect on your browsing experience.
Necessary Always Enabled
Necessary cookies are absolutely essential for the website to function properly. This category only includes cookies that ensures basic functionalities and security features of the website. These cookies do not store any personal information.
Non-necessary
Any cookies that may not be particularly necessary for the website to function and is used specifically to collect user personal data via analytics, ads, other embedded contents are termed as non-necessary cookies. It is mandatory to procure user consent prior to running these cookies on your website.
SAVE & ACCEPT